Credit goes out to sklopp at Citrix discussions who brought this to light.

The official release details can be found here

Microsoft provide an ADMX option to lock this down which Carl has already documented here. Alternatively you can write the HKCU keys with whichever VUEM tickles your fancy, or via good old GPP with Item level targeting.

It is nice to see that there is a specific Show Only and well as a Hide Only option when controlling this.

A list of applets (can we call them that?) is outlined below

Because I like to do everything with WEM where I can, this article will cover the configuration at a WEM level, however GPP and Item Level Targeting can achieve the same thing for other environments.

I like this approach because you can be as selective as you like by writing the Current User Keys directly. 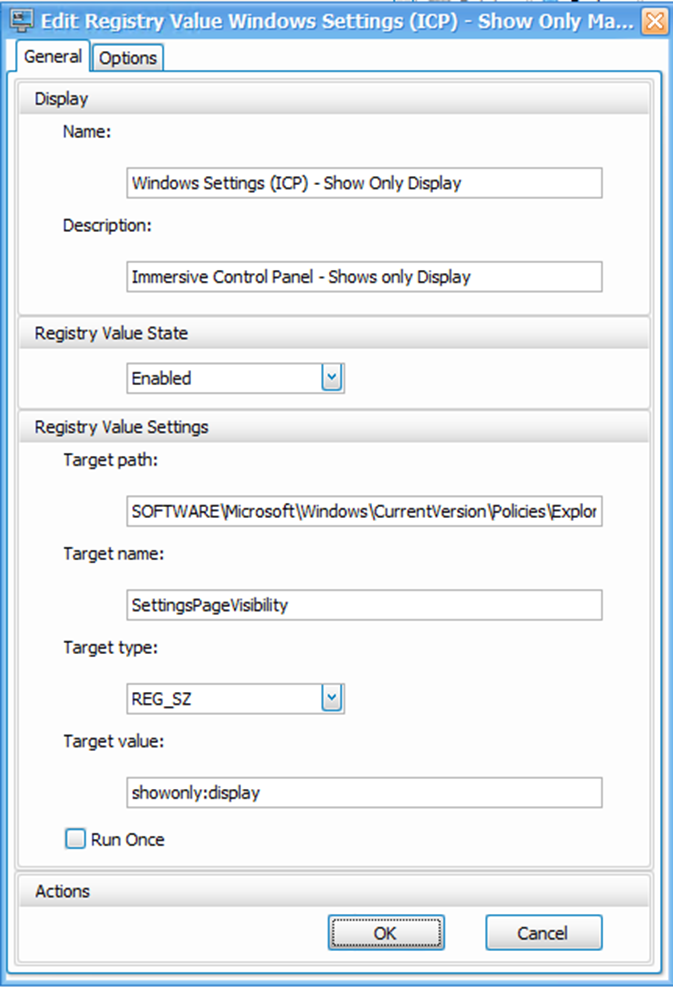 And below, is the same user logged into an identical build, but with the update deployed

And now my admin user logged in - no restrictions

Pretty happy with that result.