This is the second part of an ongoing series around enhancing Citrix MCS within Azure. The first post focused on optimizing identity disk costs via PowerShell and Azure Automation. This is post will tackle one of the biggest impacting performance optimizations you can make to machines within Azure: Accelerated Networking.

Accelerated Networking is defined by Microsoft as:

Accelerated networking enables single root I/O virtualization (SR-IOV) to a VM, greatly improving its networking performance. This high-performance path bypasses the host from the data path, which reduces latency, jitter, and CPU utilization for the most demanding network workloads on supported VM types

Recapping on what we discussed last time, MCS in Azure uses on-demand provisioning which means for pooled or newly provisioned workloads (in the case of dedicated) that when the machine is not powered on, it simply does not exist. The only evidence of the powered off machines existence (typically, and this assumes MCSIO is not in play) is a single identity disk, and a single Network Interface. When the machine is powered on, it is created “on demand” based on the provided provisioning scheme (ProvScheme). A new OSDisk is created (full cloned) and both the Identity disk, and Network Interface attached to the machine at creation.

At the time of writing, I would like to point out that both the supported operating systems and supported VM instances are not reflective of what Azure is supporting. For instance, there is no mention of Windows 10 enterprise multi-session being supported, nor any mention of NV series machines. If you spin up a new machine in the portal, you will find that accelerated networking is enabled by default (which only happens on a supported mix of OS and VM Instance sizes), and more importantly, the functionality of Accelerated Networking is perfectly fine across both NV series and Windows 10 Enterprise Multi-Session instances.

Accelerated Networking requires a Mellanox driver. This driver is injected at machine boot and does not need to exist on the master image as demonstrated below

I have seen massive performance increases when enabling Accelerated Networking, the results can be staggering when enabled the whole way through (server and client) and as such, should be enabled everywhere it can be. Unfortunately, at the time of writing, MCS doesn’t provide any mechanism to enable this feature, PowerShell however, most certainly does.

A word of warning at this point. I have no way of checking to see what the machine type is when the machine doesn’t exist. So if the script finds a Network Interface that is unattached, it will enable Accelerated Networking. Do your homework before enabling this and make sure your Instance sizes are ok. Luckily, for persistent machines, the “enable” action will fail if attached to a machine with an unsupported Instance Size

Please note that this post contains configuration associated with an Azure Automation Run As Account. This has been replaced with modern methods such as a System Assigned Managed Identity. Please visit this post entitled: Migrate Azure Runbook RunAs Accounts to a System Assigned Managed Identity for updated deployment guidance when it comes to configuring the credential

Once again, to provide a zero touch self managing solution, Azure Automation Accounts is our go to. You will need: 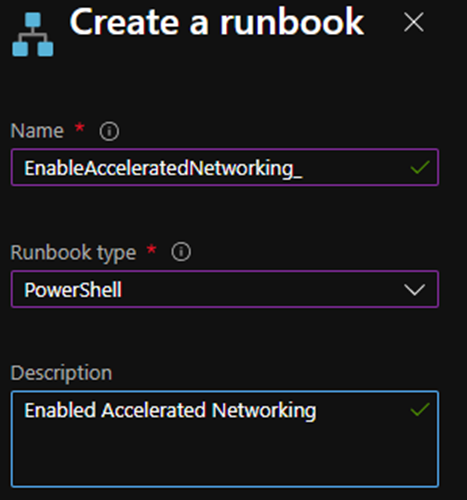 In the editor window, copy in the code and set the appropriate parameter values. You can change the parameter variables at this stage to your subscriptions (ID not name) and resource groups 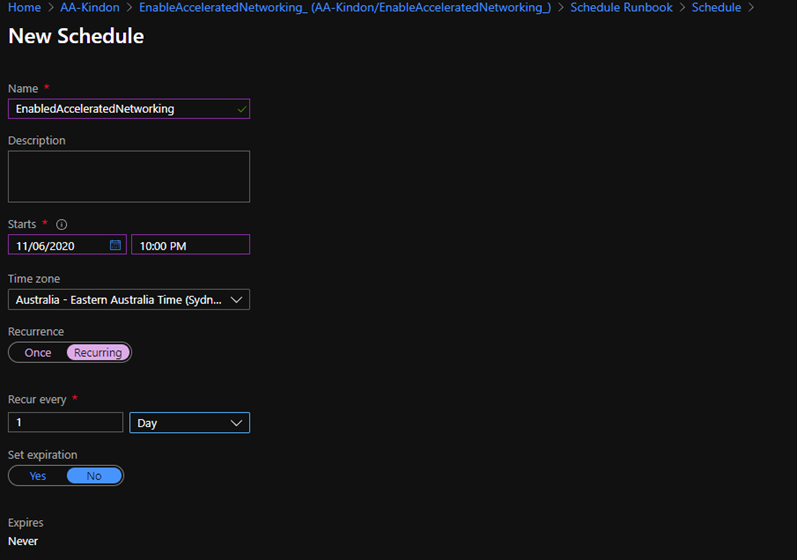 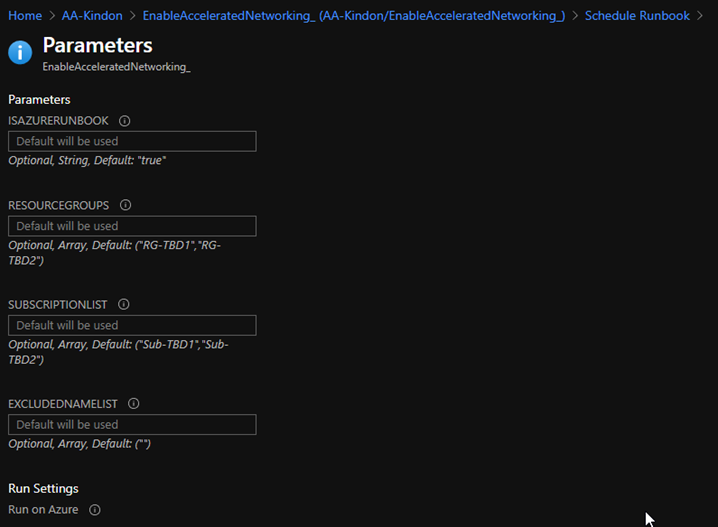 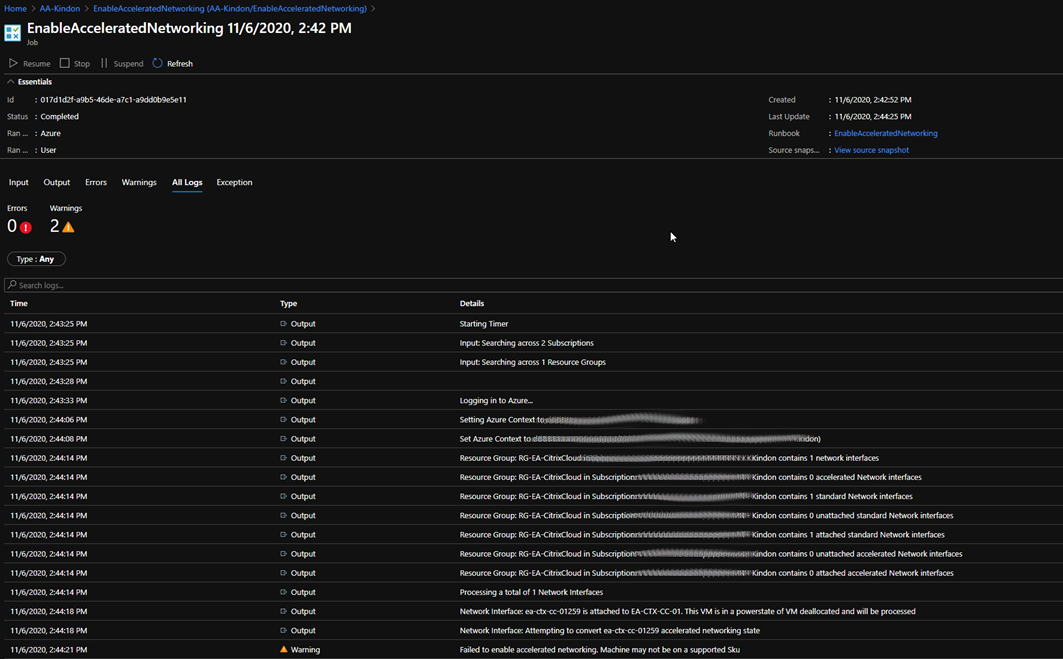 When we find Interfaces that match the criteria, the enablement occurs

There you have it, fully contained within Azure, and scalable as you scale in and out with your MCS based workloads. If you scale across subscriptions, simply add your subscription ID to the process list, if you add resource groups then add to the list. The rest is handled for you.

Once again, MCS is amazing at doing what it does, however Azure provides a number of performance enhancements that should be enabled to maximise user experience and general performance. Accelerated Networking is one capability that we can tackle whilst still consuming the brains of MCS, unfortunately there are others that we cannot just yet (Proximity Placement Groups etc), so if maximum performance is required with extremely latency sensitive workloads, then maybe MCS doesn’t make sense right now – but that is a topic for another post.