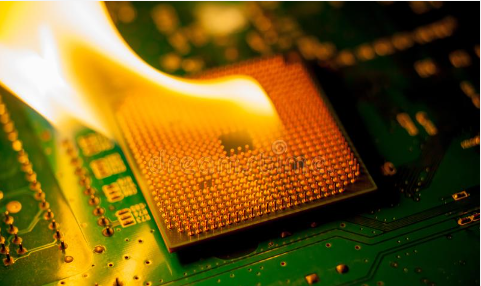 This one has been sitting on my list of things to post about for a while, however, time hasn’t been kind. This is my last week in the consulting world, so figured I would write this down and share the lessons before they get lost.

This post is about the cost of group-to-application deployment methodology as it relates to Citrix WEM, and some mitigation techniques.

For context, the environment we are discussing operates in a critical vertical. It is in health and as such deals with critical use cases all day every day. The environment was architected well from the ground up, with Nutanix AHV chosen for the underlying platform. It was sized for a workload that of course changed over time, however, its core sizing was done well and accurately. The environment utilises Shared Hosted Desktops on Windows Server 2016 with CVAD 1912 LTSR. The environment consists of multiple Active Directory Forests.

When I finished the initial build of the environment, we had logon times consistently under 10 seconds. My fastest recorded logon was 7 seconds end to end. This was using HTML 5 receiver, Citrix WEM, minimal GPP, Citrix UPM for profiles and for the most part, a giant Nutanix cluster to myself - so there were always going to be changes to that result, but a nice baseline to show what could be achieved.

Fast forward 2.5 years, logon times are up to almost 9 minutes in some instances, the clusters are running at 100% CPU usage, and the business is hurting. Citrix UPM had been replaced with FSLogix Containers, WEM had been used to deploy application shortcuts and handle some basic environment management components (Reg keys, file copies etc), however many items had been pushed out via GPP due to familiarity (Drive Maps, Reg Keys) and a lack of confidence in WEM, typically the feeling that not everything was consistently delivered when added to WEM - not really a shock as we delve deeper.

We have ControlUp in the environment, which helped us identify a few nasty issues chewing into the CPU. The top three contenders slapping the environment were:

Here is a list of what WEM currently delivered by the time I got in to start the analysis and hunt for the root cause:

At the start of this assessment/remediation piece:

Let’s pause on that for a second. I’m going to stick the below in a warning box to make a point:

That means for every user, regardless of their role, they will, at a minimum, have 70 Groups that WEM needs to process. 70.

Over the space of 5 weeks, the defined Active Directory Group count grew to over 620 Groups. The problem was compounded weekly.

My user account was a simple test, production users would have some experiencing 5-6 minutes of WEM processing time consistently. Some had desktop load delays of over 5 minutes. When I say some, I mean thousands of user accounts impacted.

It’s not easy to undo years of compounding pain, and it is very easy from a consulting standpoint to point a finger and say this is silly. However, application rationalisation projects are not quick ones, working through user personas and understanding who needs what are long-winded engagements often take months if not years to define and then implement. Change is hard and fear of impacting an already negative user experience often reigns supreme, resulting in tactical approaches to ease the pain rather than strategic ones to address the cause.

So here is what we did to tactically address the pain:

The windows Start Menu is an index, so as long as the same shortcuts are presented in the appropriate locations, users have no idea (nor should they) and no change in functionality.

I built the end-state environment in the UAT environment, allowing me to throw users across both a production and test environment with the same profile. The results speak for themselves. A problematic user coming into the new environment would have a high WEM processing time as WEM undid its previous configuration (removed assigned shortcuts etc) to clean itself up, less time than normal, but still far too long. The second logon, however, would result in WEM processing taking 3-4 seconds as opposed to in some scenarios, 4-5 minutes. The CPU processing drop was immense, resolving both the WEM agent CPU time and the Cylance time in the same hit.

We implemented the changes over a set of 7 change windows. The average logon time is now sub 30 seconds, the majority sitting in the 23-26 second mark, I would like this to be lower however with GPP being the preference for drive mappings etc, there is not a lot that we can do there. We had one user who was consistently high with 8 minute logon times, down to 23 seconds, without noticing a single change to his user environment. The Nutanix platform is happy as Larry, with peak CPU usage now hitting 70 percent during the day vs 100% burn full time

What are the learnings here?