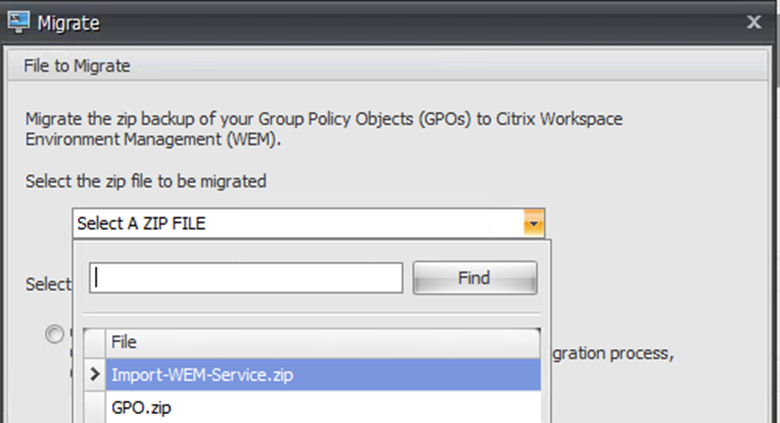 A consistent challenge when beginning the adoption of WEM services into an existing environment, is the analysis and migration of existing GPP and GPO settings into the WEM way of processing. Moving policies full of printers, drive maps, logon scripts, files and folder options along with registry keys, be it single or collection based, is typically the longest part of getting WEM to really shine in an environment.

Last week marked the release of a new feature in the WEM Cloud Service which allows a direct import of a GPO backup file (or files) into the WEM service. The process is a simple one to drive, but pretty complicated behind the scenes. The basic process is as follows:

In the below example, I am exporting two GPO objects, these contain a load of preferences and environmental settings that WEM could also process, along with folder redirection settings. 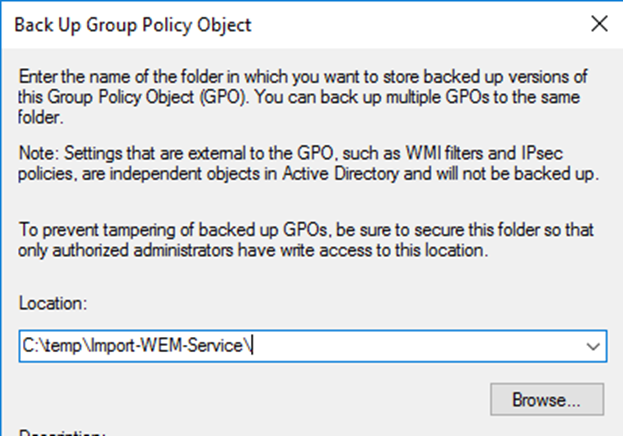 Logging into to the WEM Cloud Service, I have created a new blank Configuration Set for demo purposes. Nothing has been enabled, no templates or hydration kits imported

You will first need to upload your ZIP file via the HTML client. This will dump the zip file in the default upload folder

The new Migrate button is available on the home ribbon next to the usual backup and restore suspects shown above. Select the Migrate button and choose your ZIP file

Choose the convert option and give your job a name. I cannot see a time where you would ever want to simply overwrite – I would always want to sanity check what I am pulling in

Choose Convert and specify a Name 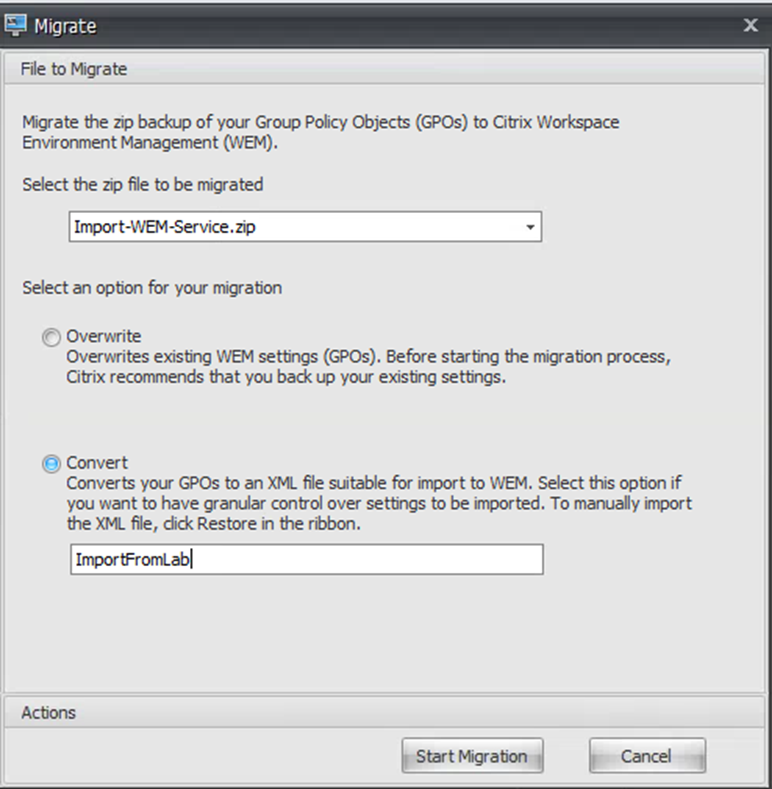 Select start Migration. If your ZIP file is in the correct format, you should have a nice clean migration with confirmation shown as per below 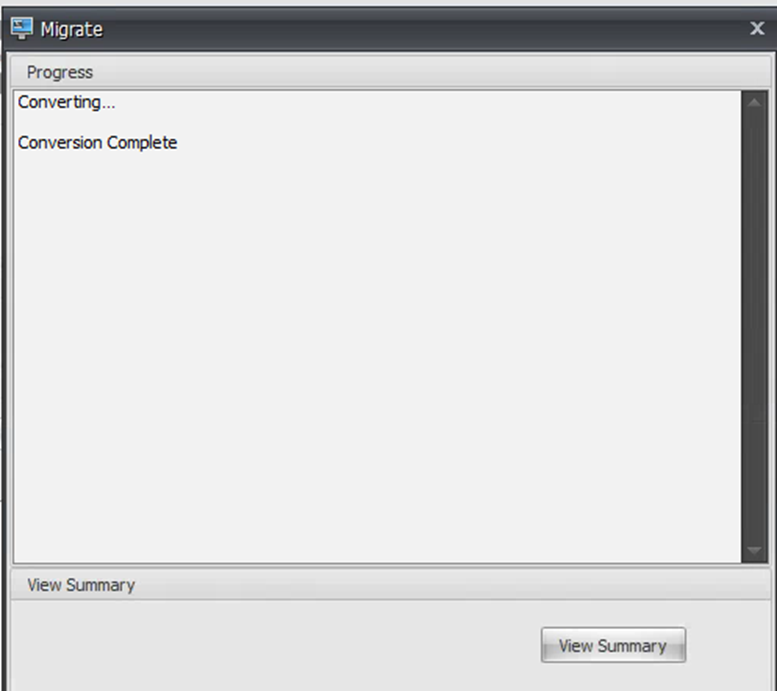 You can now view a summary of what’s been imported

A few cool things have happened at this point. Note in the below screen dump, any GPP based items have been successfully pulled from my GPO backup files

Secondly, note that any supported environmental and USV (folder redirection) settings have also been pulled

Looking closely, the keen eye may notice that the WEM import will convert an existing variable to a WEM hashtag value in the USV pathing. Note my GPO below uses %UserName%, WEM converts this to ##UserName##

You can now select finish and process to importing the configuration files you just created. Select the Restore Option and select the appropriate option for Actions (GPP) or Settings (Environmental, USV). You will need to do this one at a time due to the nature of the WEM import tools

All my settings from GPO are available for import 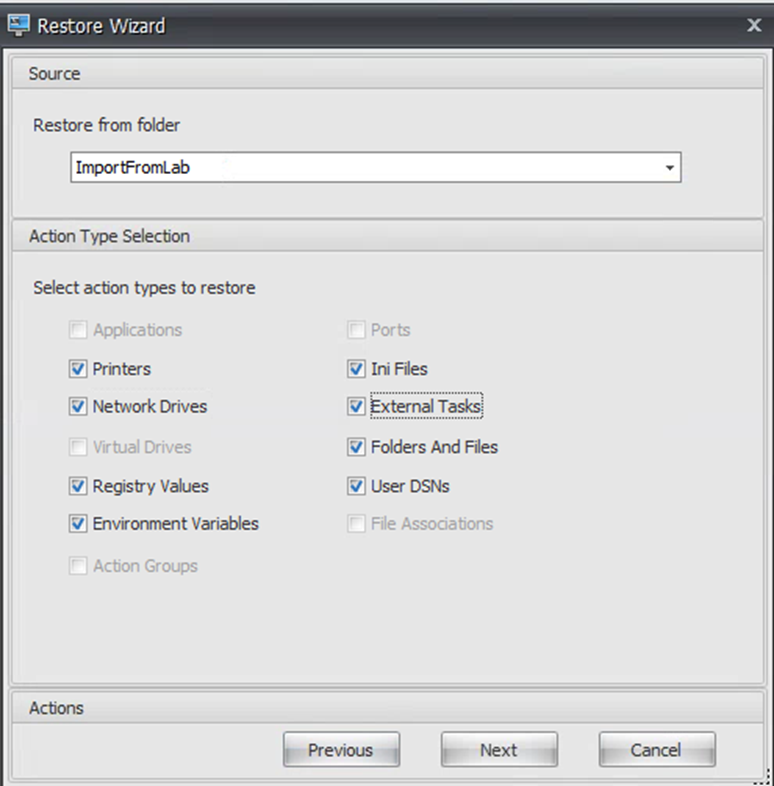 Job done. All my actions are ready to go 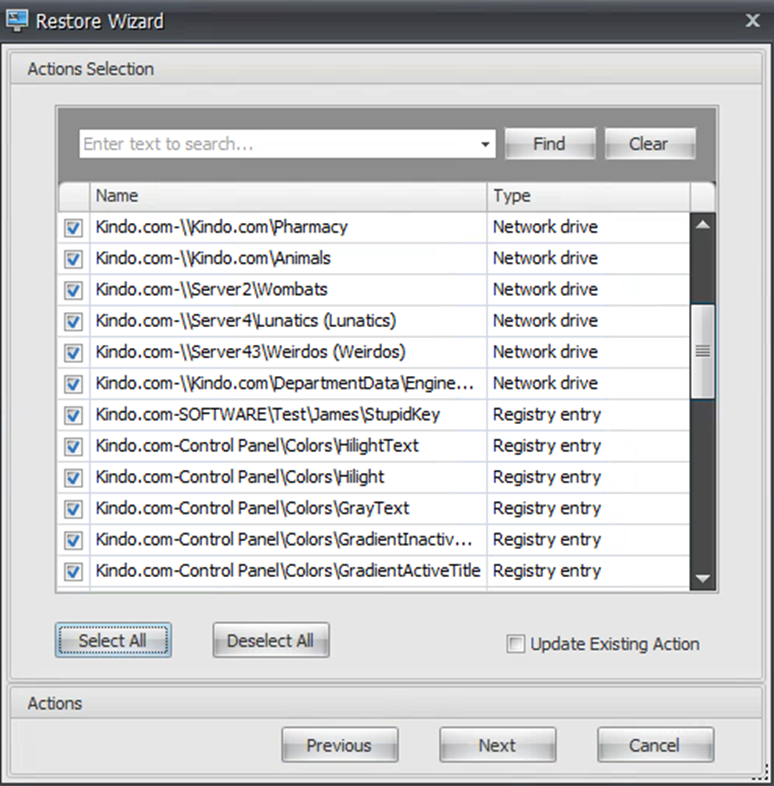 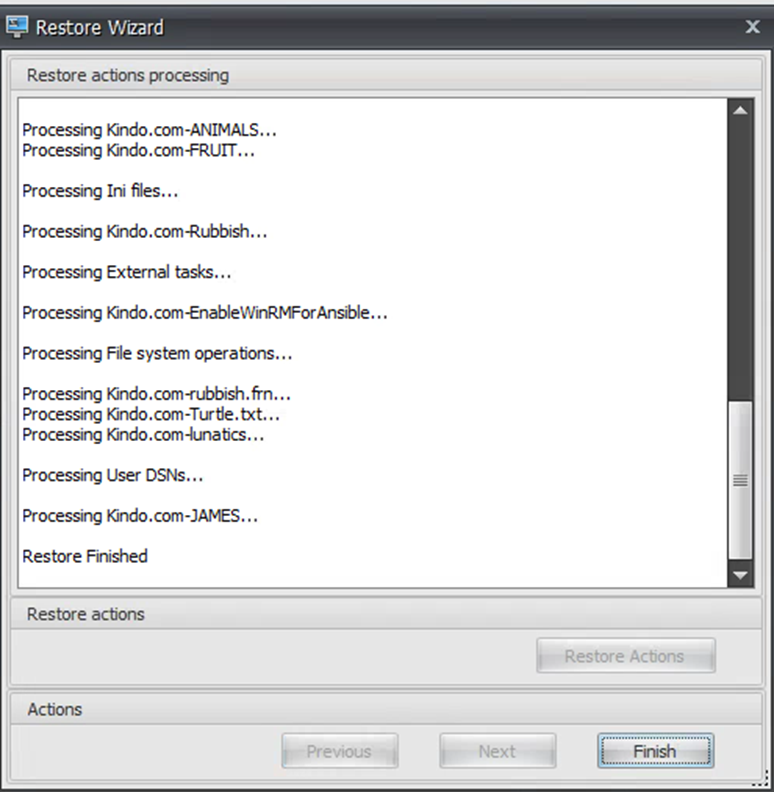 A few things of note that I was happy with here:

Nicely done. On to settings next. Select restore, this time choose settings and select your import file again 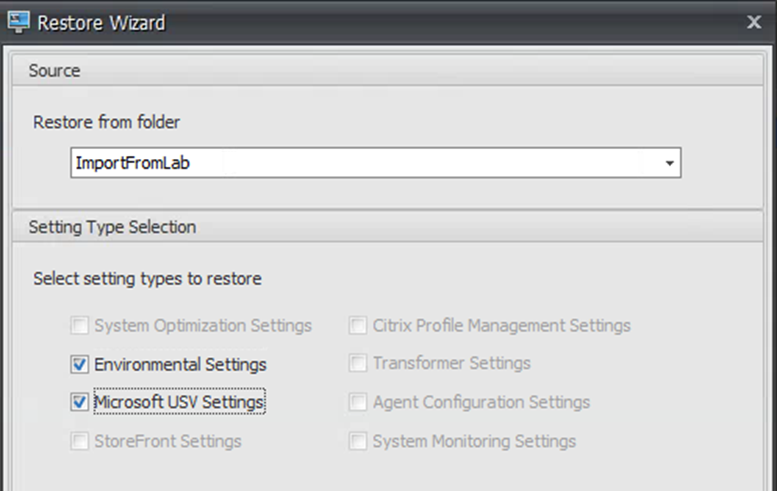 Note this time both Environmental Settings and Microsoft USV settings are recognised and ready for import. Follow the wizard. Take note of the below warning. You want to be sure in what you are doing here 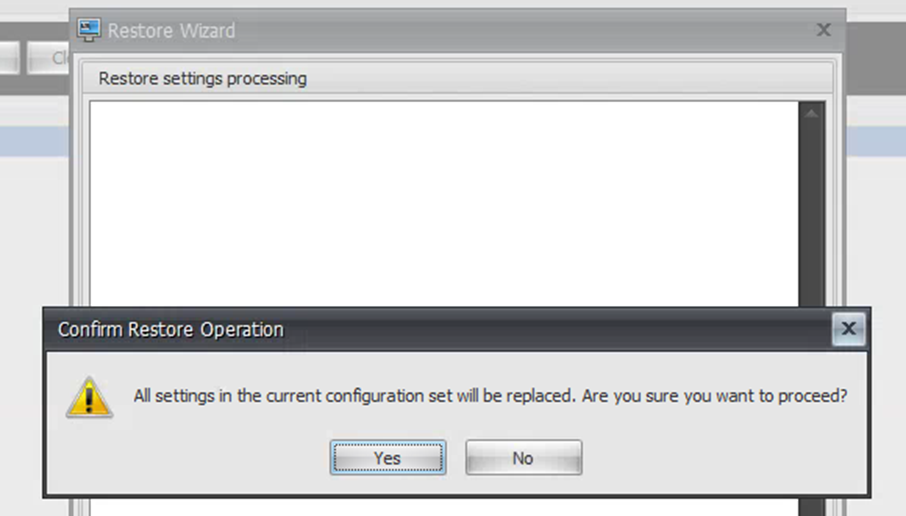 This is a new config set for me, so I am happy to overwrite

Over into Policies and Profiles in the WEM Console, I can successfully confirm the two supported settings I had In GPO have been mirrored into WEM configurations

Again a few things of note that I was happy with:

Pretty good result really. Now whilst this is an awesome feature for the WEM Service, it is not the first tool to allow this. My good friend Arjan Mensch and I spent a huge amount of time a couple of years back building a powershell module that did this, and much much more. By we, I mean mostly him, I just provided the chaos policies and a shopping list of cool things, he did the rest – and man does it rock. If you haven’t seen it, used it, or checked it out and are working in the business of implementing WEM for customers, you are shooting yourself in the foot.

In addition to the basic functionality above, Arjan’s module can do the following

Read the blog series below for details:

This tool is one of the best community driven tools out there, and Arjan has also been working on a true end to end WEM PowerShell SDK. Go check out his work, it’s truly awesome and it can be used for both On Prem and Service based deployments of WEM.

The WEM team and Arjan have individually done awesome jobs at getting this stuff cranking, both should be provided multiple beers for the time saving toolsets they have given us. Kudos!