A significant number of changes on support stances are being introduced with Citrix Virtual Apps and Desktops 2003 Current Release. These changes will directly impact the supportability of many environments and need to be considered when scoping or performing any form of upgrade/implementation works. The most impactful change is the new stances on public cloud workloads. Details can be found here. Key takeaways are below:

A summary of Cloud Platform Support Changes is below:

The below tables outline the supported stance for 2003 and 1912 LTSR. Sources:

The following table summaries the support for Hypervisor/Platforms: 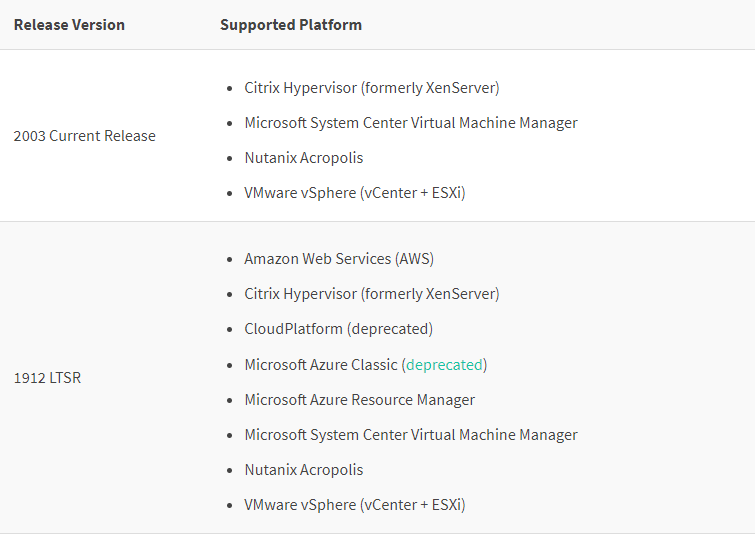 There are no changes on the support or requirements associated with Active Directory: 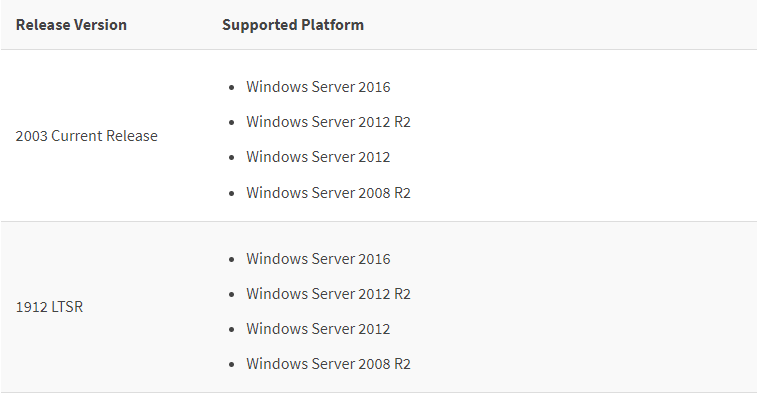 You might need to upgrade your SQL Server version before you can upgrade your Citrix components. Some key takeaways below:

A summary table below outlines database supported stance for 2003 and 1912 LTSR: 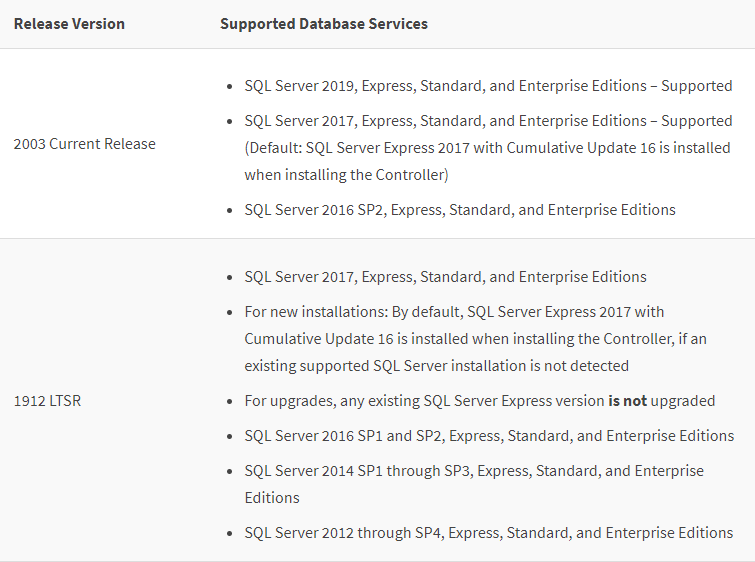 Windows Server 2012 R2: Delivery Controllers, Studio, Director, VDAs, or the Universal Print Server are no longer supported for clean install or upgrades A summary table below outlines database supported stance for 2003 and 1912 LTSR: 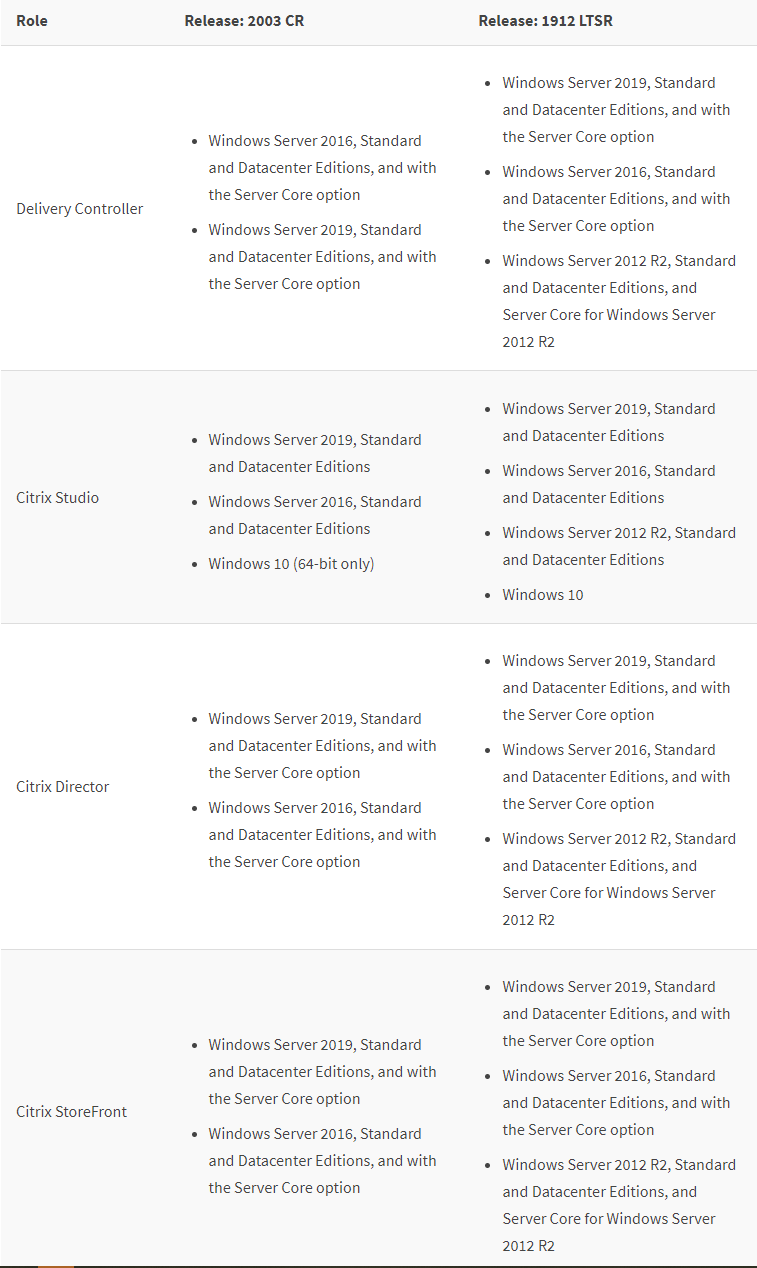 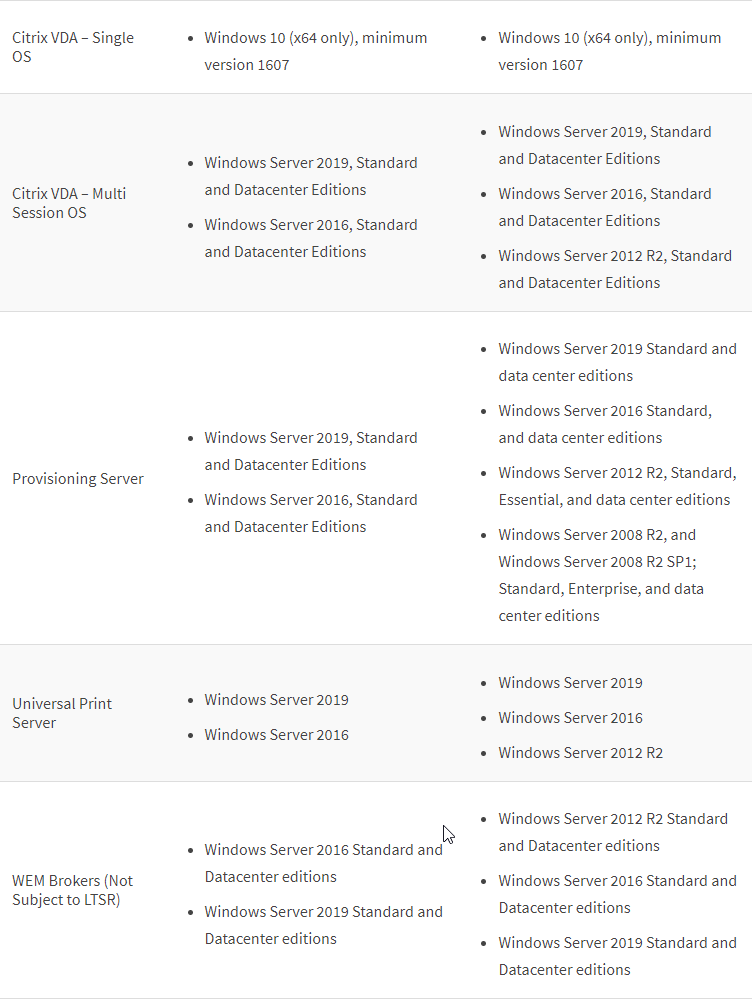 The below table summarises VDA support with a focus on changes. Check product documentation for other VDA support scenarios relating to Current Release etc: 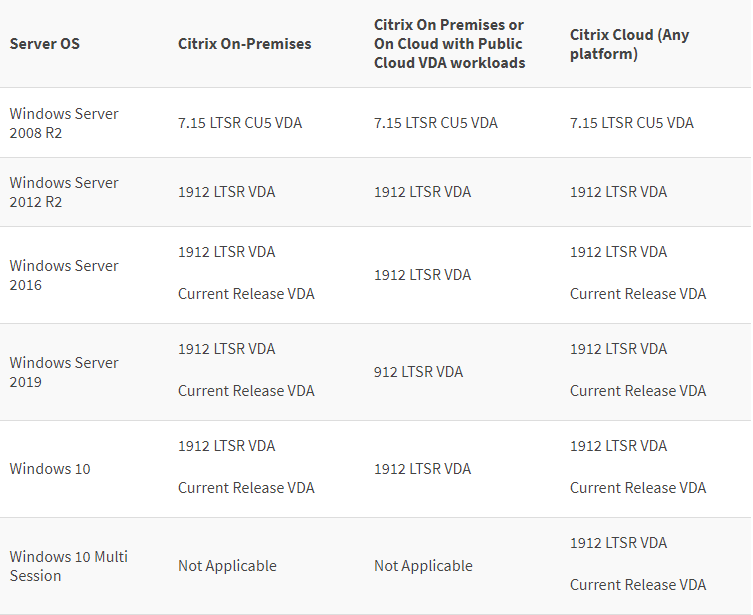