Citrix MCS is growing constantly in the Azure space, one of the new features made available quietly of late, is the ability to consume the Azure Shared Image Gallery for storing images.

The Azure Shared Image Gallery, or SIG for short offers several advantages associated with versioning and image replication, allowing you to version control and replicate images around the globe, using a structured methodology and consuming the Azure backbone. You can read more on the Azure SIG here

This is the first iteration of SIG support with MCS, and comes at the moment, with the following use cases and detail:

There are no other current benefits of using a SIG with MCS right now. This will of course change as the solution matures, but for now, a lot of what Microsoft offers as an advantage to using a SIG, is not consumable by MCS. Yet.

Currently, SIG deployments with MCS have the following characteristics

Deploying a SIG based catalog

Selection master image as per normal – OS Disk, or snapshot in Azure 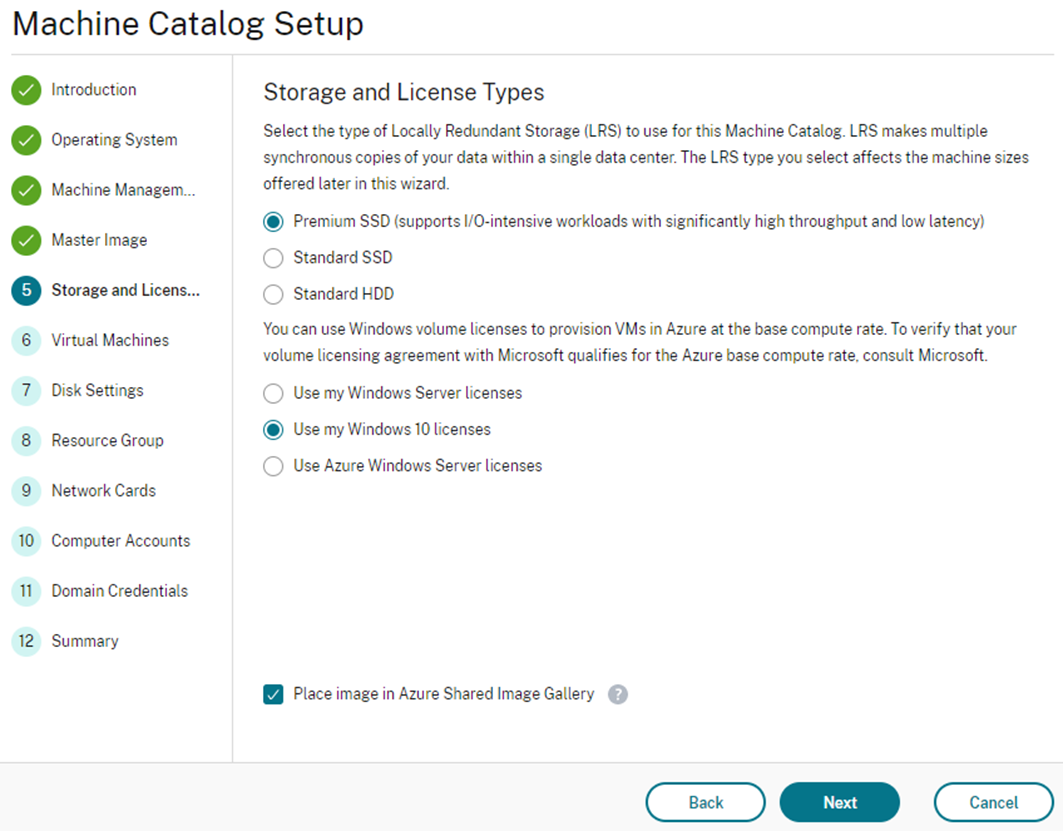 Choose your machine type, optionally choose Availability Zone (awesome addition) and then expand your SIG settings. Typically, I would image the defaults are fine for most use cases 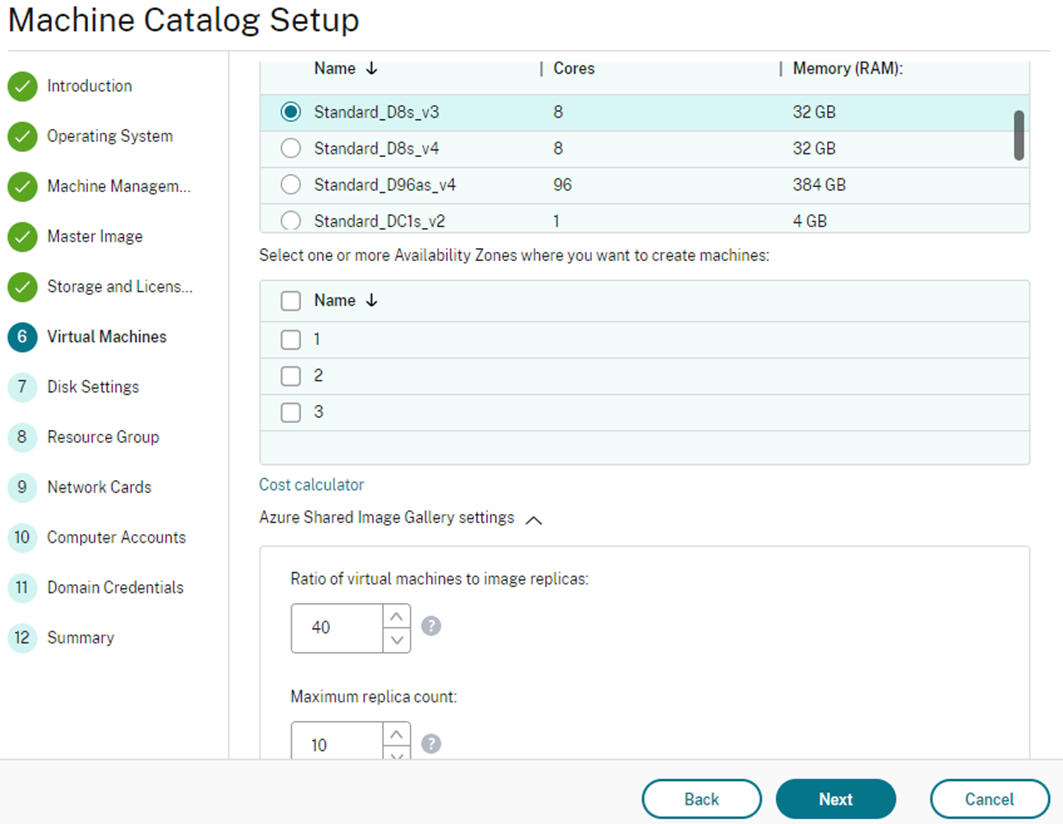 If you are of the mind to consume MCSIO, go for it 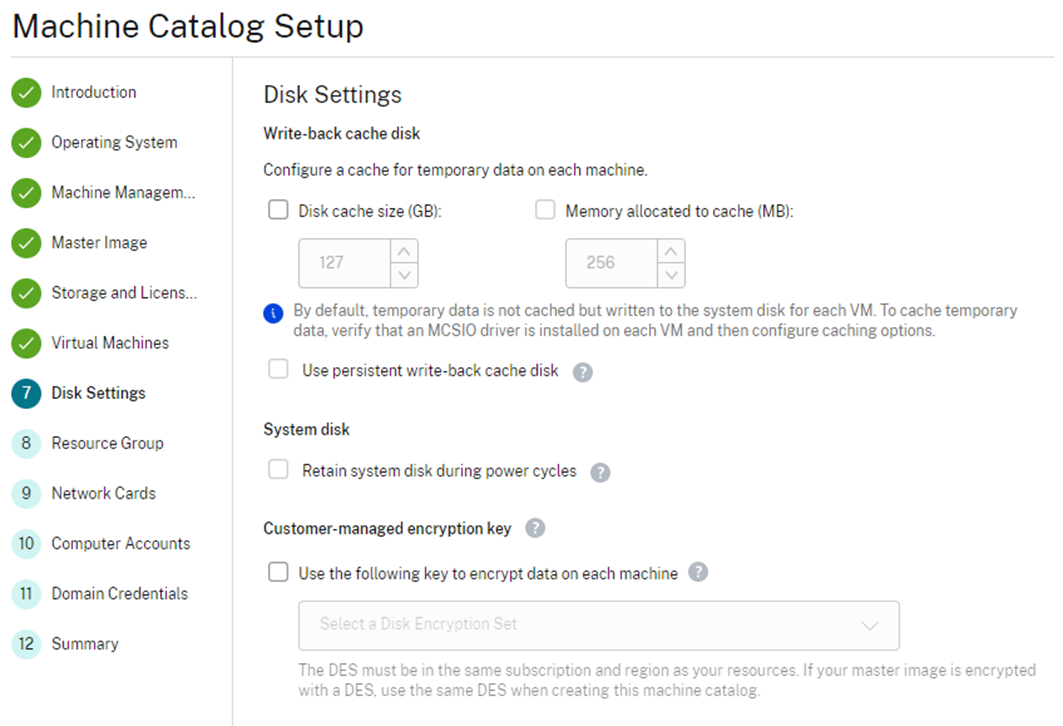 Choose your Resource Group in Azure 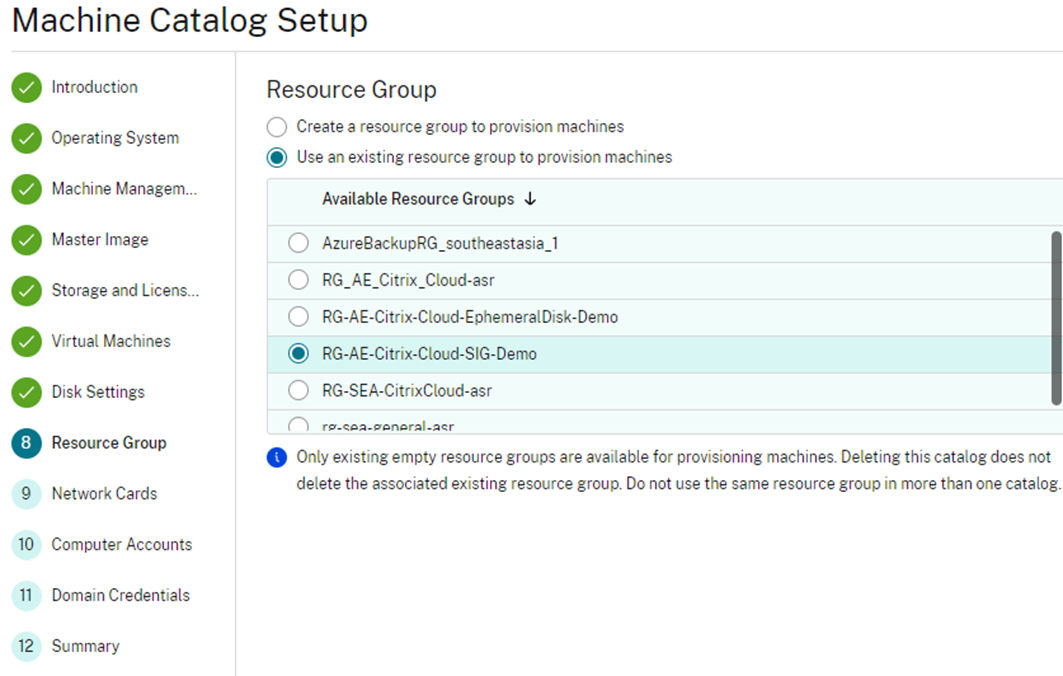 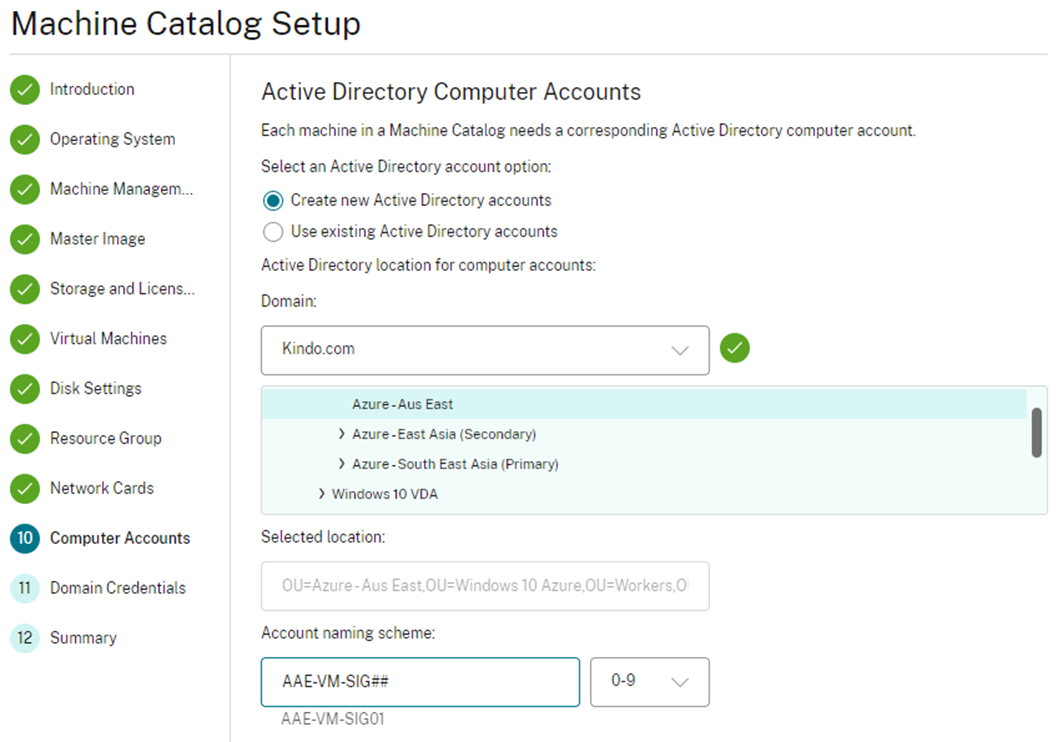 Give your Catalog a name and away you go

The deployment time can take a little longer than usual as your image is uploaded into a new created SIG. Note that on completion, my resource group contains a new SIG named after my catalog, and Image Definition and an image version. For the keen eye, notice also there are no more storage accounts used (yet another enhancement) and your identity disks are now created as standard SSD to reduce costs (and another cool enhancement…)

My SIG has an image based on my chosen OS disk

I also have a single version created

Note that my catalog still shows my initial OS disk based image. Note there is currently absolutely no information to outline any form of relationship between the SIG and the Catalog. It is 100% invisible.

Currently, you can pull an image from an existing SIG as below. If you are automating image builds into a SIG via Packer etc, this can be beneficial. MCS will take this image, and suck it into it’s own managed SIG. 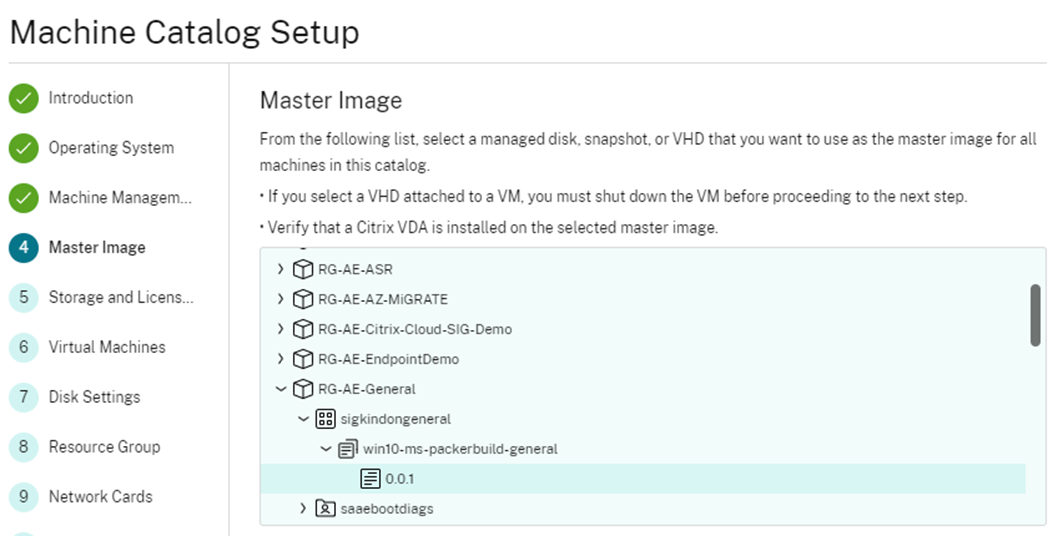 Updating a SIG based catalog

So what happens when we update a catalog using a SIG? Below I have a newly minted snapshot (vs OS disk) in Azure, this is just a personal preference as you have control over naming standards and detail 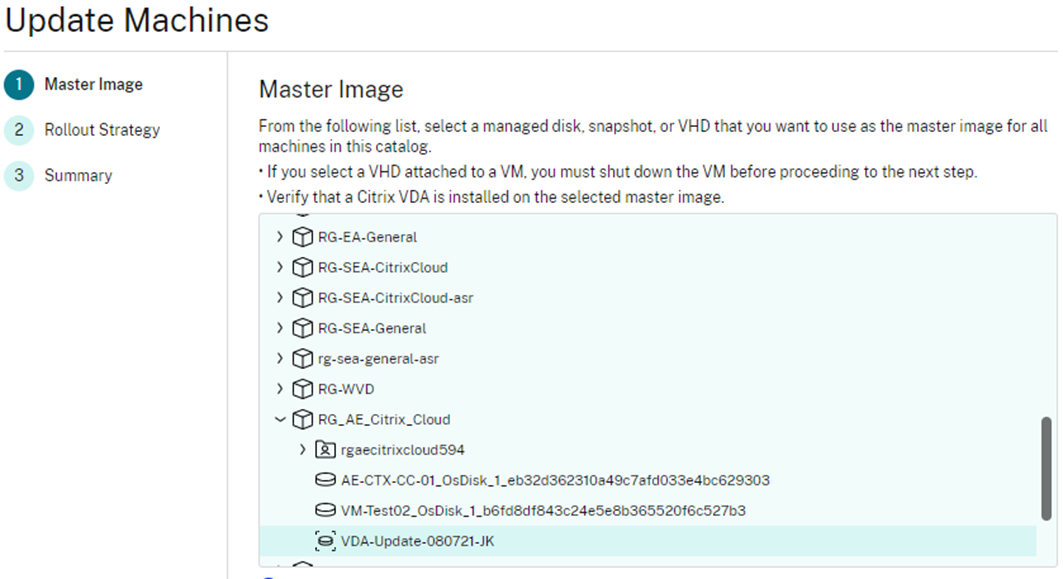 Note that the SIG has next to no detail outlining what is what. The only way you really know what is in use, is looking at the most recent date on the image

Rolling back a SIG based catalog

We cannot however, rollback or forward by selecting the SIG. By current design, the SIG is tagged to hide itself from Studio. It’s effectively and invisible entity

As stated initially, this is a nice step in the right direction, and whilst those with SIG experience with WVD or Scale Sets etc. may scratch their heads at it’s current use, it is iteration number 1 with a lot of enhancements and changes to come. Importantly, anything that improves boot times in VDI environments running on Azure is a win (it allows for more aggressive Autoscale logic) and critically, it is the backbone for ephemeral disk consumption, which is a huge win moving forward.

Many thanks as always to Yuhua Lu over at Citrix, who has fielded question after question on how things fit together, and what comes next